August 2022 update: The Covid virus is still disrupting all parts of our lives, and even though we always ship within 24 hours, we have to inform you that due to shipping delays caused by Covid, our shipping now takes between 2 and 3 weeks,and can take 3-6 weeks to the USA. Read more here on international shipping B12 vitamins

B12 Defiency causes and other ailments that mimic B12 deficiency

What are the causes for widespread B12 deficiency? 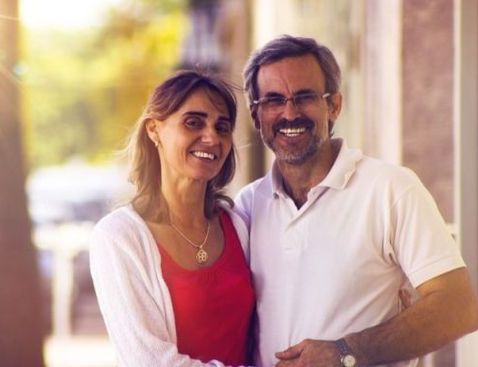 Vegetarians and vegans have to beware due to some chemistry. Studies regularly show that high percentages of long-term practicing are B12 deficient. Some studies concluded that 50% of vegetarians and 80% of vegans are deficient in B12. How could his be? It turns out that many of the plant foods believed to be high in B12 really contain B12 analogs named cobamides that actually block the absorption of B12 and increase the need.

Can other ailments mimic B12 Deficiency?

All the diseases below can imitate the symptoms of vitamin B12 deficiency. I bet you didn’t know that, don’t feel bad, most people don’t.

This illustrates how complicated correctly diagnosing signs and symptoms can sometimes be, and how interconnected the bodies vitamins and minerals are for overall health. B12 is long been known to contribute to cognitive function and more. Data now reveals the importance of knowing your levels and intake are sufficient for over-all optimal daily life.

Luckily, we can easily supplement B12 to ward off any of the potential side effects of deficiency. There are no proven negative side effects of over supplementing B12, allowing us peace of mind while supplementing. With sufficient B12 levels, it allows for the elimination of B12 deficiency as a potential cause for any of the symptoms for the diseases mentioned above while at the same time bolstering your health. Feeding your body B12 just makes sense.

Why is B12 Deficiency frequently undiagnosed?

Have you had your Vitamin B12 levels checked? Are you in the high normal range? It is worth the test to know you are functioning at the proper levels. However, it must be mentioned that B12 is not only stored in our blood, but also in tissue, often hampering accurate testing. Furthermore, it turns out folic acid can disguise B12 levels by correcting enlarged blood cells, so hematological changes of B12 deficiency are masked. If you are supplementing folic acid then only intake the recommended dosage for your age.

As you have learned there are many factors that disrupt B12 testing (serum B12 level test) and even if your test result is high, other factors contribute to your body’s use of B12. Meaning that you can still be B12 deficient with a high test result if a doctor only relies on an FBC. This is why a doctor testing serum B12 levels to rule out deficiency is not enough on its own, and why it is often undiagnosed. The serum B12 levels test can indicate everything is normal, even though it isn’t. To offer better clinical information for diagnosis, both active B12 and MMA (methylmalonic acid) need testing to provide a fuller picture.

MMA is a waste product that is found in the blood and builds up within ten days after a vitamin B12 deficiency begins. This test is supposed to be the most accurate and earliest detectable marker of vitamin B12 deficiency. MMA is not frequently tested, therefore contributing to undiagnosed B12 deficiencies. Additionally, many doctors do not realize that neurological symptoms can be present in the absence of anemia and larger than normal red blood cells (macrocytosis), so the MMA offers that extra testing layer.

In America, B12 levels ranging between 200 – 350 pg/mL are considered normal, but people regularly display obvious B12 deficiency symptoms such as difficulty thinking and reasoning (cognitive abilities), memory loss, fatigue or weakness.

Europe and Japan have different levels for defining B12 deficiency; their lower limit for B12 is 500-550pm/mL. Choosing these levels is partly because they are associated with the appearance of psychological and behavioral symptoms. Using higher levels as their benchmark for the lower limit has led some experts to speculate that there is a correlation to lower rates of Alzheimer’s and dementia in Japan compared to the U.S. The higher benchmark raises the rate of treating B12 deficiencies.

Is it time you started supplementing B12?

Disclaimer: The information contained in this website is only for general interest and informational purposes, and is in no way meant to be used to diagnose or prescribe medication or supplementation of any kind to treat any illnesses or symptoms of illnesses. The treatment of illnesses and symptoms mentioned in this website should only be performed in consultation with your physician. In addition, the use, administration and discontinuation of use, of any vitamin supplements purchased on this website should be performed only under the guidance of your physician. Copyright © 2021 B12 Vitamin Store, Inc. All rights reserved.